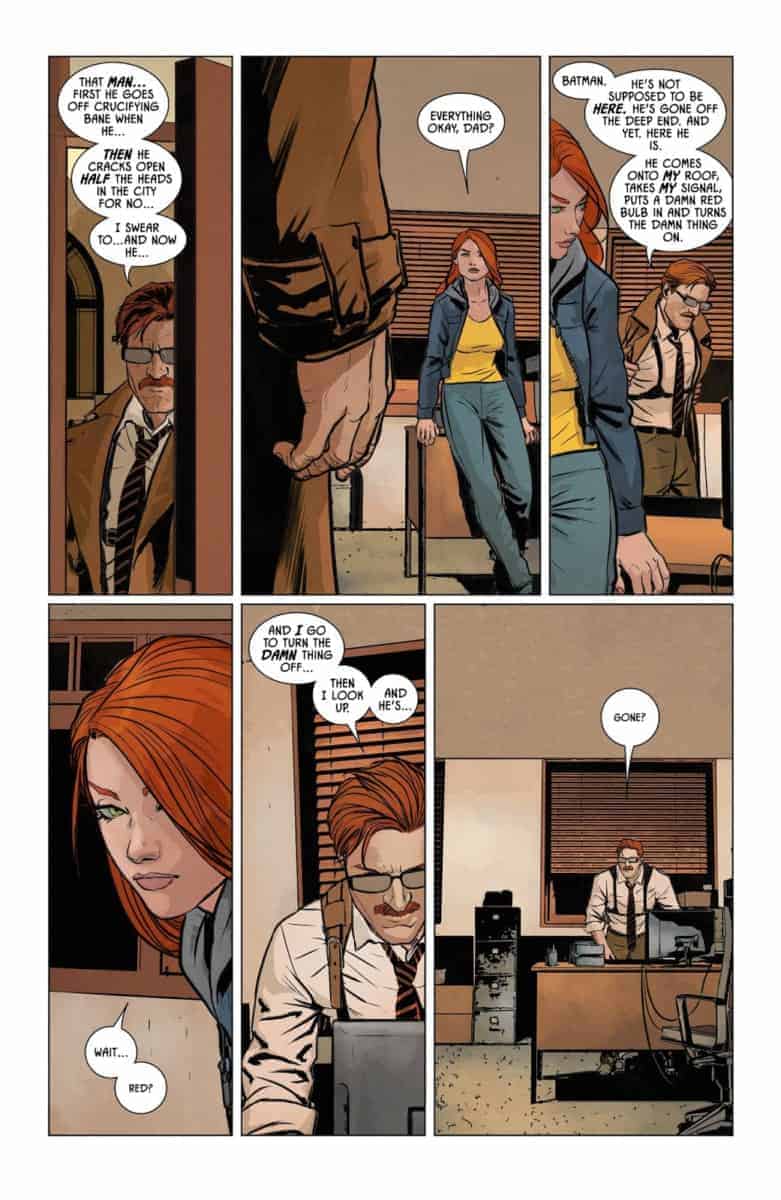 Earlier in BATMAN, The Dark Knight finally broke out of his dreamscape as he awoke in the basement of Arkham Asylum. As he made his way out of the notable penitentiary, Batman faced off against most of his Rogues’ Gallery. After these confrontations, Batman vowed to return the next day to take down the final boss, Bane. Now in BATMAN #71, The Dark Knight launches his attack, though it seems as though Bane has already won the fight before it has even begun. batman #71 BATMAN #71 page 2. Image courtesy of DC Entertainment. Seeing Red BATMAN #71 traverses two narratives. The first begins with Batman realizing there is an intruder within the mansion. He comes to discover that Bane and Flashpoint Batman are in his own dining room, eating a dinner served by Alfred. Unsurprisingly, the dinner turns into a fight as Batman begins assaulting Bane. However, Alfred implores Batman to stop, telling him that he has already lost. In fact, Bane has broken him. The second narrative showcases Batman turning on a red Bat signal. This particular signal drives Batgirl to assemble all of Batman’s allies. Though, only a few come together. As Batman meets the few allies who have decided to join him, Batgirl and company lead a sort-of intervention. Batgirl informs Batman that everything he has claimed to have witnessed (Bane infiltrating Wayne Manor, releasing Arkham prisoners, etc.) never happened. She goes as far as to claim that Bane has succeeded in driving Batman mad. Batman responds aggressively, claiming that he is not wrong about anything as he strikes Robin across the face. batman #71 BATMAN #71 page 3. Image courtesy of DC Entertainment. Breathing a Deep, Heavy Sigh At this point, I probably sound like a broken record. Though, I must articulate once more that this break down of Batman’s character has run its course. Batman’s inability to accept his heartbreak over Catwoman dumping him is frustrating to witness since it is holding his character back immensely. Witnessing an arc such as “Cold Days” success in depicting The Dark Knight’s turning point and overarching deconstruction only makes this arc even more disappointing. Since “Cold Days”, there have not been very many high points in this series. A few installments of “Knightmares” scraped the surface. Overall though, Batman has become stagnant as a character, and the plot has just spiraled into nonsense. Batman and Catwoman broke up nearly 20 issues ago. Since then, the series has struggled to move onto something concrete. The components of this Bane arc have also been scattered across various issues in this run. As a result, there is a lack of a cohesive and coherent plot. I do not mind the fact that Batman is mourning the loss of a significant relationship, and I do not mind that he is exhibiting fear and doubt. I only wish those sentiments were exemplified in a better way that moved the series’ plot forward. As of now, it feels as though there is little value to anything that has transpired in this series as of late. batman #71 BATMAN #71 page 4. Image courtesy of DC Entertainment. The Many Hues of BATMAN #71 Despite the disappointing components of this issue, artists Mikel Janin, Jorge Fornes, & Jordie Bellaire brighten up this work with their fantastic art. I love the juxtaposition between Janin and Fornes respective styles as they each depict a different narrative. Bellaire’s varying tones between these two respective narratives masterfully depict the conflicting nature of Batman’s own mind in addition to the issue’s sequence of events. - 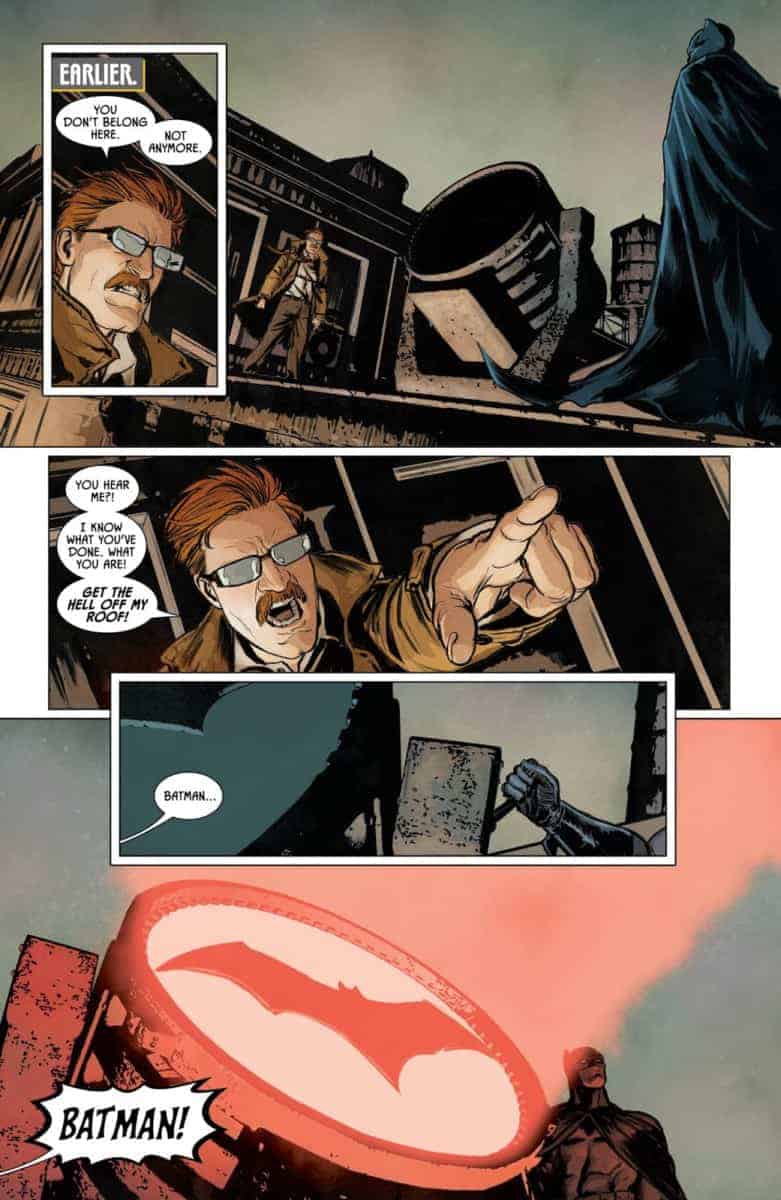