Arthur Curry is finally on the track of recovering his memories, but does he really want all of what was lost back? Find out in Aquaman #48, written by Kelly Sue DeConnick, with pencils and inks by Viktor Bogdanovic, additional inks by Jonathan Glapion and Daniel Henriques, and colors by Sunny Gho. Previously, after being lost at sea in the conclusion of the “Dark Nights: Metal” event, Arthur washed up on a mysterious island with no memory of his past life. The residents of the island didn’t seem to recognize the world-famous hero, and took to calling him “Andy.” Later, after an adventure facing off against an angry goddess, the island’s inhabitants were revealed to be old sea gods. They offered to help restore Arthur’s memories, and now he must take a spiritual journey to find his true self beneath the waves of the ocean. aq1.jpg DeConnick’s writing has been hit-and-miss since beginning her run on Aquaman, but the idea of stripping Arthur down, and rebuilding him, has remained throughout. That concept has moved on to the “rebuilding” phase with the “Mother Shark” arc, and it’s off to a strong start. With the titular hero confronting his mortality, and the memories he left behind, while also literally facing a giant, benevolent shark that acts as a gateway to the afterlife by eating souls, no one can accuse DeConnick of not being original. These fresh ideas will be what keeps people talking about her take on this series, as long as she can keep them coming. aq2.jpg Some might chafe against DeConnick’s slower pacing, and sometimes it does act as a detriment to the story, but it can also be a good thing. Slowing down, and focusing less on the action, has allowed her to zero in on Arthur as a character outside of the king and hero that the readers know him to be. In the first arc, DeConnick seemed to lose sight of that, focusing so much of her story on Caille and Namma, but with this chapter, the spotlight has returned to the title character. With Arthur and the Mother Shark being the only two present in the arc, he will naturally be getting all of the attention he is due. Bogdanovic’s pencils and inks really drive the story this issue, as his talent for expressive faces makes DeConnick’s subdued story still seem exciting and emotional. Glapion and Henriques inks and the powerhouse colors of Gho also enhance the art to the next level, making this dark story practically pull you down into the depths with Arthur. If the powers that be at DC are smart, they’ll keep this team around, because they are the perfect partners for DeConnick’s style of storytelling. aq3.jpg DeConnick’s first arc was promising, but a little uneven, but this current one is off to a strong start. If she can maintain her momentum, and keep telling her quirky, character-driven stories, this could be one of the most unique Aquaman runs in decades. - 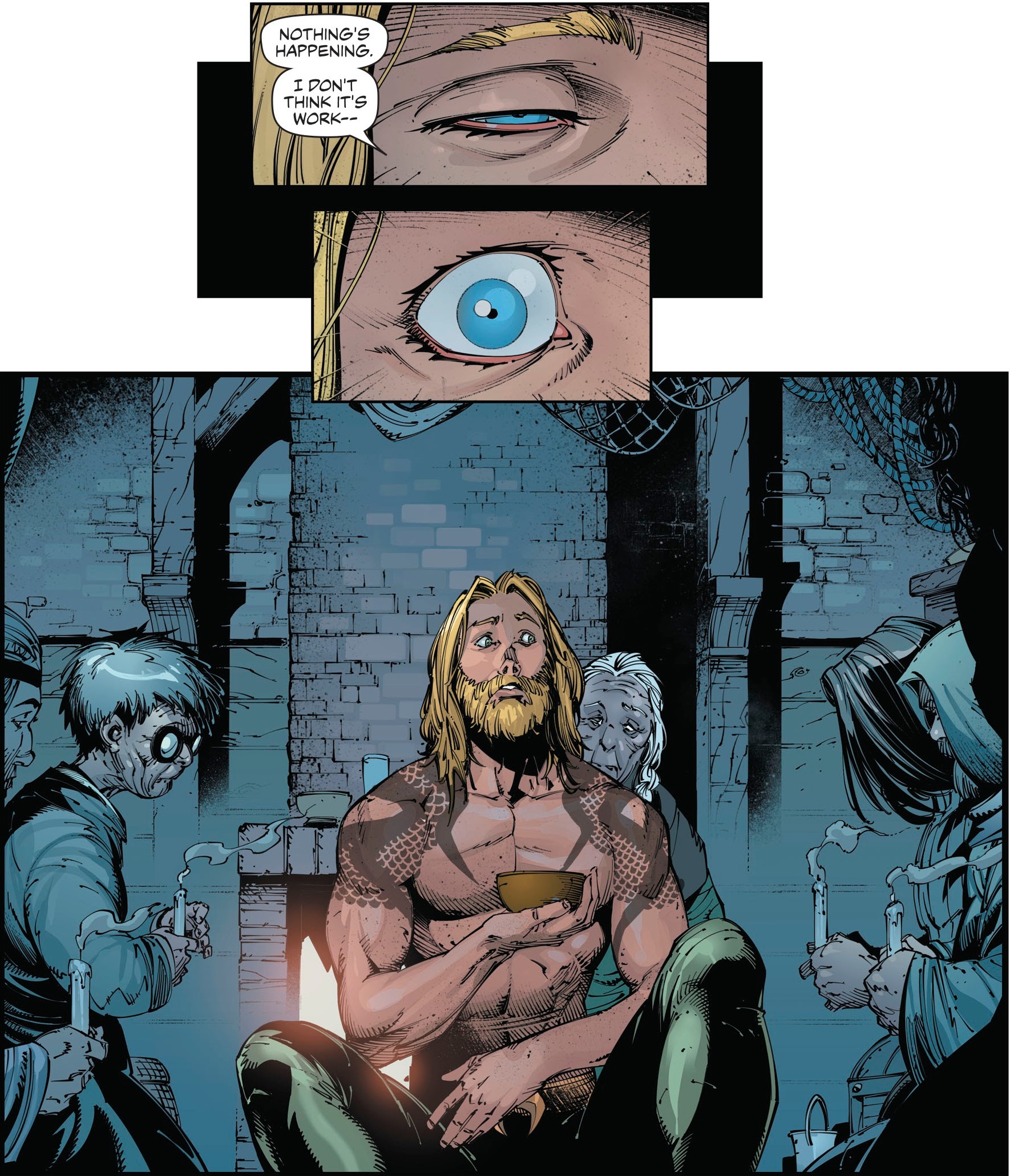 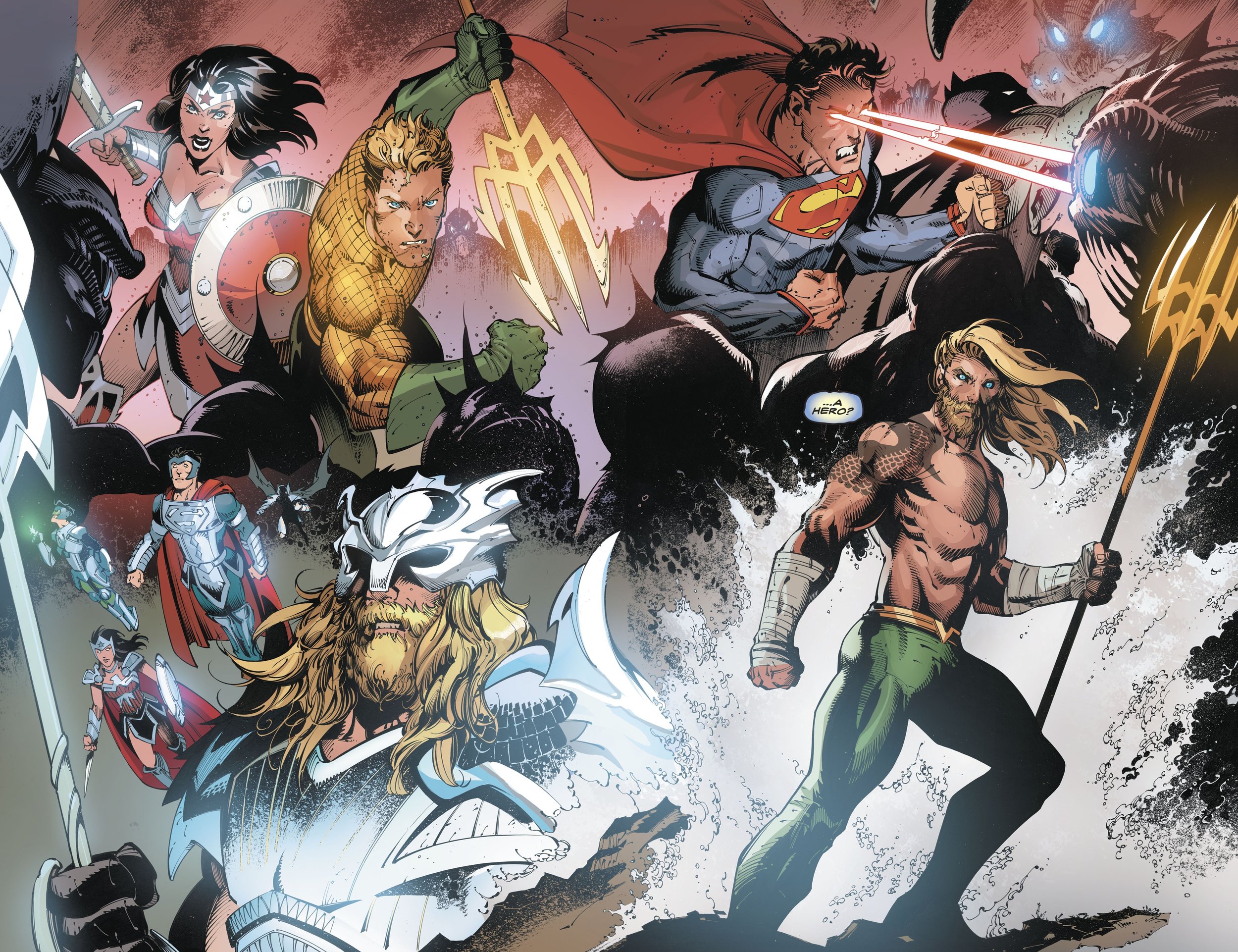